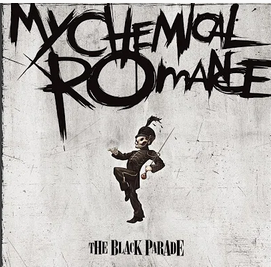 Music is very important to me when writing. Most would never have guessed but I can’t start writing without great music. I have been asked countless times where I get my inspiration for writing Savage, and I have always given long winded accounts of most things that inspired me through my youth and, some are true and most are real and certainly most are ever evolving but, it wasn’t until my daughter introduced me to the song “MAMA” by My Chemical Romance that the final nail on the Savage coffin was driven in that it all came crashing together in a crescendo of fucking artistic bliss. Suddenly everything I had ever imagine about Mr. Savage had become cerebral, tangible and alive. Since then Mr. Savage has been a figure in my skull that shares space with the new me and now, the old me. If you can imagine four guys at a pool table who each are determined to win, then you have a small glimpse within my skull. It’s not for the faint of heart. Shall we leave it at that? If you are questioning why I said four but previously mentioned three? Only those who have read the Savage Series know what I’m referring to. I look forward to the emails.

When playing around with Savage aka August, I can’t start without first listening to “MAMA” by My Chemical Romance followed by a shot of Appleton-21. Upon seeing the artwork for the titular song one will understand why it goes with Savage. With that being said; “MAMA” plays repeatedly until I get into a rhythm at which point in time I will gravitate over to AC/DC, Metallica, G-N-R, Suicidal Tendencies and plethora of hard rock and eventually back to “MAMA.” At which point I start the whole cycle over again. Music is very much a driving force of Mr. Savage; one rabbit hole I enjoy sinking into. It sure beats the modern world. Maybe someday I’ll make a list of Savage Hits that inspire me to write each Savage novel? Let me know your thoughts!